What Do The Test Results Mean

Because there are three tests that are typically conducted for the Lyme disease blood test, then results can vary based on the combination of test results received. When all three tests are positive, then Lyme disease is likely. These other result combinations are usually interpreted in the following ways.

Positive IgM, Negative IgG, Negative Western Blot.This usually indicates that the Lyme disease infection is in its early stages or that the blood test has produced a false positive result.

Negative IgM, Positive IgG, Positive Western Blot.This is usually interpreted as having a late-stage Lyme disease infection. It may also be an indication that someone had a previous infection that has been removed from the body.

All results negative.This is usually interpreted as there not being any infection present and that the symptoms are being caused by another issue. In some specific instances, however, it can also be seen as the antibody levels being too low to detect.

Once Lyme disease is confirmed, there will almost always be detectable levels of the bacteria which causes the disease in the IgG antibodies in their blood. This will mean that their IgG blood test results will have a standard deviation in what is considered as normal because of the presence of the disease, even if it has been effectively cured.

The problem with Lyme disease is that the bacteria can create a hard shell around themselves when inactive so that the blood tests are unable to detect them. This is especially true when the disease has reached the chronic stage. The timing of the symptoms is often used by a medical provider to establish a time line to a tick bite or exposure to a high-risk region where the disease is commonly transmitted.

Because the ticks that can spread Lyme disease are often the size of a pinhead, the ticks might not even be notice. A bulls-eye rash at the bite location is a trademark symptom of Lyme disease, but only about half of the people who are infected with the bacteria develop the rash. Once the disease reaches the chronic stage, chronic arthritis, joint pain, and neurological symptoms begin to appear, sometimes several months after the infection.

What Is A Lyme Disease Blood Test

A Lyme disease blood test is used to determine if you have contracted Borrelia burgdorferi , the bacterium that causes Lyme disease. Lyme disease tests are conducted with a routine blood draw.

Lyme disease is transmitted to humans through ticks that are infected with Borrelia.

Lyme disease can be difficult to diagnose. Ticks are very small, and the bites are not always noticeable. Symptoms of the disease can vary from person to person. Not everyone experiences the classic bulls-eye rash pattern around a tick bite.

Your doctor will use the results of a Lyme disease antibody test, along with the report of your symptoms, to confirm a diagnosis.

Antibodies are proteins your body makes in response to foreign or harmful substances called antigens. Common antigens include:

If you have never been exposed to B. burgdorferi, you will not have any Lyme disease antibodies in your bloodstream. In this case, your test will be negative. 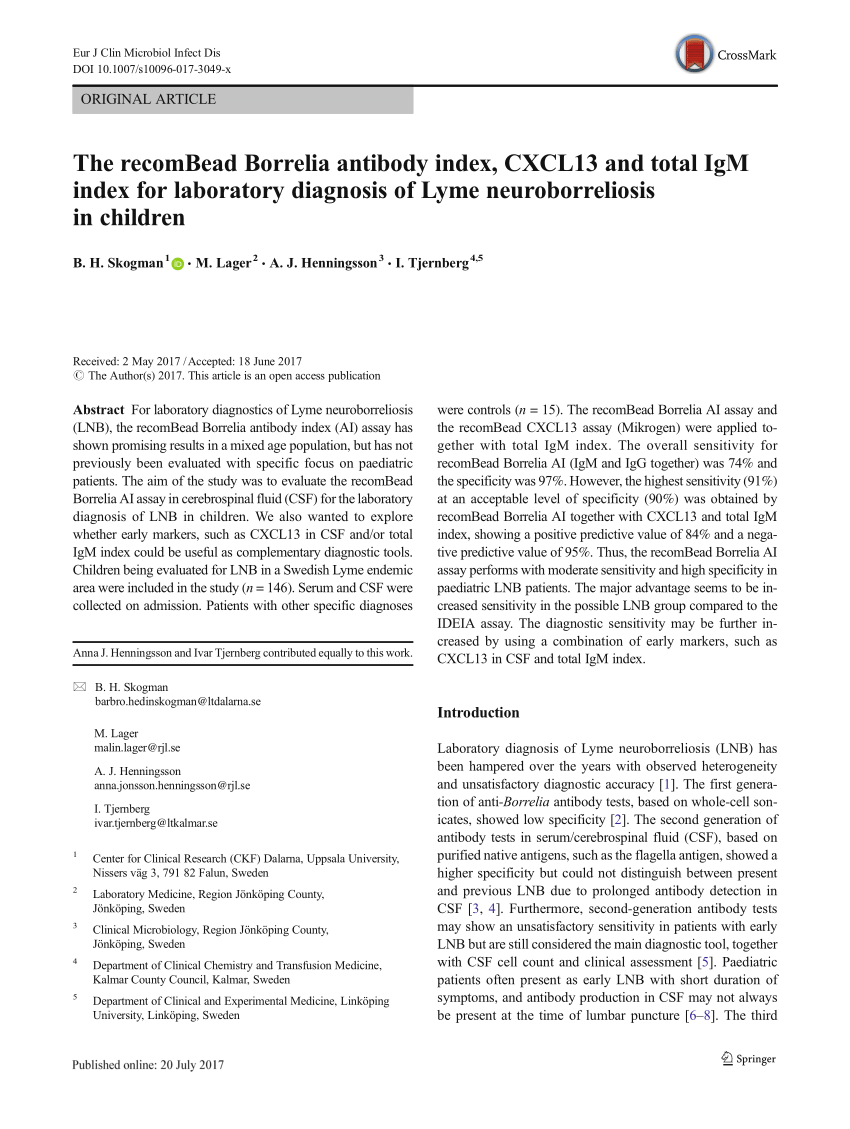 Our initial search in January 2013 retrieved 8026 unique titles and a search update in February 2014 revealed another 418 titles. After careful selection by two authors independently we read the full text of 489 studies, performed data-extraction on 122 studies and finally included 75 unique published articles . Fifty-seven of these had a case-control design, comparing a group of well-defined cases with a group of healthy controls or controls with diseases that could lead to cross-reactivity of the tests . Eighteen had a cross-sectional design in which a more homogeneous sample of patients underwent both the serological assay and the reference standard . Three studies were not used in the meta-analyses, either because they used immunoblot as a reference standard , or included asymptomatic cross-country runners with high IgG titers as controls .

Results of the search and selection process

Methodological quality graph. Review authorsâ judgements about each methodological quality item presented as percentages across all included studies. On the left-hand side the judgements for the included case control studies and on the right-hand side those for the included cross-sectional studies. RoB: Risk of Bias CrA: Concerns regarding applicability P: patient sampling I: Index test RS: Reference Standard TaF: timing and flow

Getting Tested For Lyme Disease

Lyme disease testing is usually ordered by a doctor and is used when there are signs or symptoms consistent with Lyme disease.

A blood sample can be drawn in a doctors office or other medical setting. If a test of cerebrospinal fluid is needed, an outpatient procedure called a lumbar puncture can be done in a hospital. Samples are then analyzed in a credentialed laboratory.

Lyme Disease Testing: Why It Continues To Fail To Properly Identify Lyme Disease

When I was working as a microbiologist in the early 1990s, Lyme testing was still pretty new and we didnt know much about Lyme disease and all of the nuances of testing that would soon follow. Now that it is 25 years later, we have learned a great deal about Lyme disease and the pitfalls of Lyme testing have been revealed. Here is a brief excerpt from my upcoming book on Lyme disease, The Lyme Solution: A 5-part Plan to Fight the Inflammatory Auto-Immune Response and Beat Lyme Disease.

Lyme Disease: The Latest Guidelines on Testing, Prophylaxis, and Treatment

New tests may be developed as alternatives to one or both steps of the two-step process. Before CDC will recommend new tests, they must be cleared by the Food and Drug Administration . For more details, see: Recommendations for Test Performance and Interpretation from the Second National Conference on Serologic Diagnosis of Lyme Disease.

When Is The Lyme Disease Blood Test Ordered

When someone has the signs and symptoms of Lyme disease or they live in a region that has deer ticks or black-legged ticks, then this blood test will be ordered. It will also be ordered when these symptoms occur without improvement over the course of 7-14 days by most medical providers.

The IgM and IgG tests are generally ordered first when Lyme disease is suspected. This is because people who have never been exposed to the bacteria that causes the disease will not have any antibodies present. If these tests are positive and followed up by a positive Western Blot test, then the chances are very good that Lyme disease is present. This is especially true if antibody levels continue to rise over time.

What You Should Know About Lyme Disease

If the symptoms of Lyme disease persist and there is no known cause for them, then consulting with a Lyme literate doctor may provide treatment progress. Many health insurance plans will not cover these consultations or tests, however, so proceed with caution.

For those who are treated with antibiotics, a condition called PTLD occurs that mimics the symptoms of the disease for up to 6 months.

In regions where Lyme disease is not prevalent, it is usually up to the patient to insist on receiving the Lyme disease blood test. Use this guide to speak with your doctor about your concerns and discuss what the results may mean for your health. 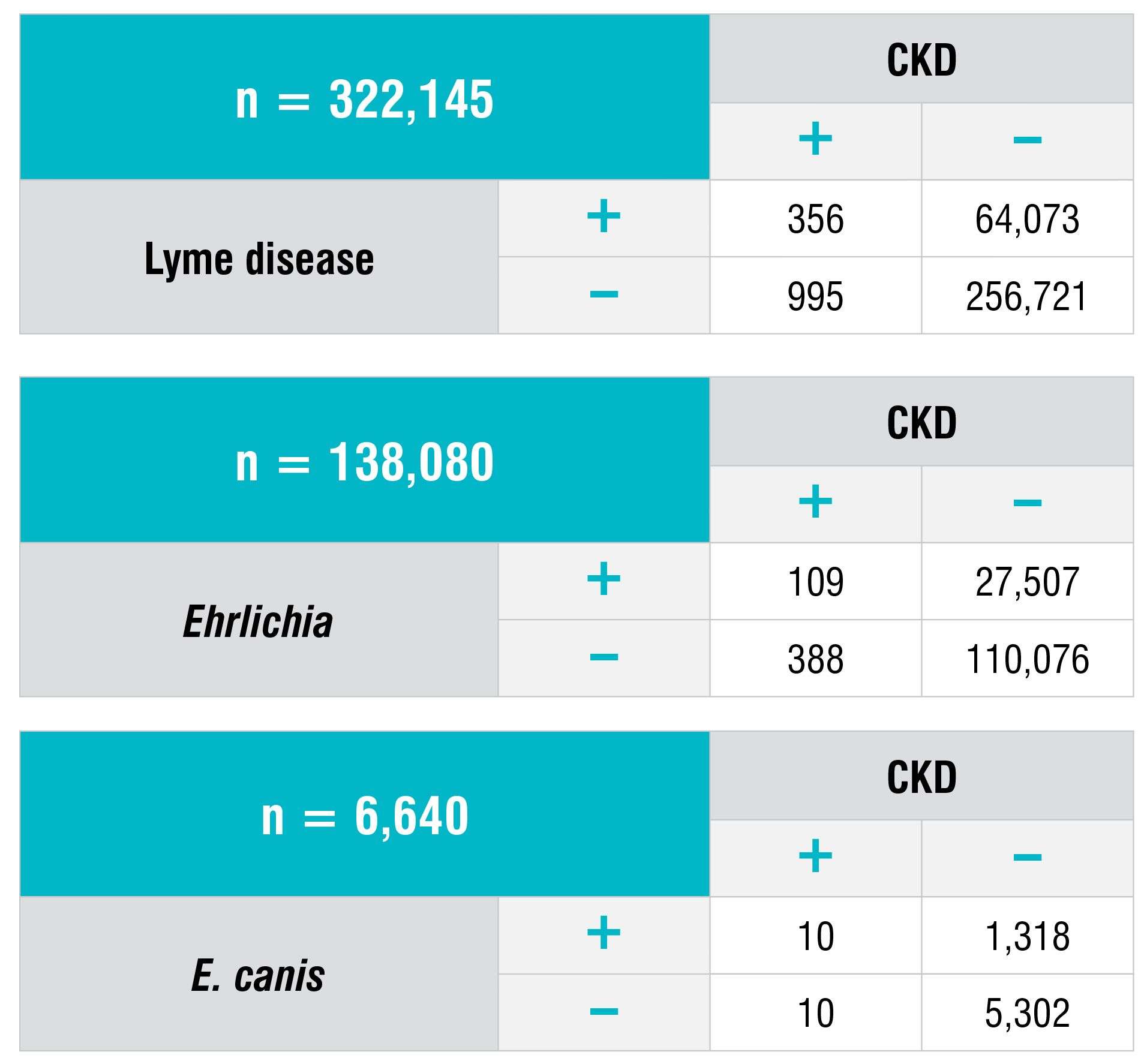 The Lyme disease antibody test requires no advance preparation. A lab technician will swab the inside of your elbow with an antiseptic before drawing your blood. Your blood will be drawn from a vein in your arm using a small needle.

The blood draw should not be painful, though you might feel a slight prick when the needle is inserted into your vein.

The blood sample will be collected in a vial. The puncture site will be bandaged, if needed, after the needle is removed. After the blood draw, you are free to go home.

There are very few risks associated with the Lyme disease antibody test. Excessive bleeding is possible, but there may be an increased risk if you take blood thinning medications or certain anti-inflammatory drugs like:

Transport: Store serum at 2°C to 8°C after collection and ship the same day per packaging instructions included with the provided shipping box.

The CPT codes provided are based on AMA guidelines and are for informational purposes only. CPT coding is the sole responsibility of the billing party. Please direct any questions regarding coding to the payer being billed.

Getting An Initial Screening

These numbers should be taken with caution, as the results were overall very heterogeneous. Furthermore, although the prevalence does not influence estimates of sensitivity and specificity extensively in our calculation, this assumption requires further elaboration.

To take into account variation in results and uncertainty, the calculations are made for different scenarios and presented in Tables A to D.

How To Read Lyme Test Results

This article was medically reviewed by Sarah Gehrke, RN, MS. Sarah Gehrke is a Registered Nurse and Licensed Massage Therapist in Texas. Sarah has over 10 years of experience teaching and practicing phlebotomy and intravenous therapy using physical, psychological, and emotional support. She received her Massage Therapist License from the Amarillo Massage Therapy Institute in 2008 and a M.S. in Nursing from the University of Phoenix in 2013.There are 11 references cited in this article, which can be found at the bottom of the page. This article has been viewed 14,293 times.

If you’ve been bitten by a tick, it’s normal to feel nervous that you might have contracted Lyme disease. There is a two-step process recommended by the CDC to test for Lyme. The process tests your blood for evidence of antibodies your body produces to resist spirochete bacteria, which causes Lyme disease.XResearch source Your health care provider will first review your symptoms. Depending on your condition, you’ll be given an initial screening. The more detailed “Western blot” test will be done if the initial screening indicates a positive result.XTrustworthy SourceCenters for Disease Control and PreventionMain public health institute for the US, run by the Dept. of Health and Human ServicesGo to source